On February 5th it was time for another round of Jeu de Boules. The AcCie challenged the Technical Committee (TC). After the rules of the game had been clarified (for some it was the first time and others have been practicing the sport for years), we competed in pairs on two courts. We had 1.5 hours for this, so we could compete against each other for 4 times. In some cases, it was very exciting. Several times it was measured very accurately which big ball was closest to the smaller ball. See the photos for a beautiful picture of the guys who are very cute checking the distance between their balls. The balls of the game I mean. After all the measuring and throwing, the AcCie has won no less than four times and therefore the TC zero times. It was a great evening and we also drank delicious beers. After the jeu de boulen we had not had enough of playing games so we played a game of exploding kittens while enjoying double portions of fries! 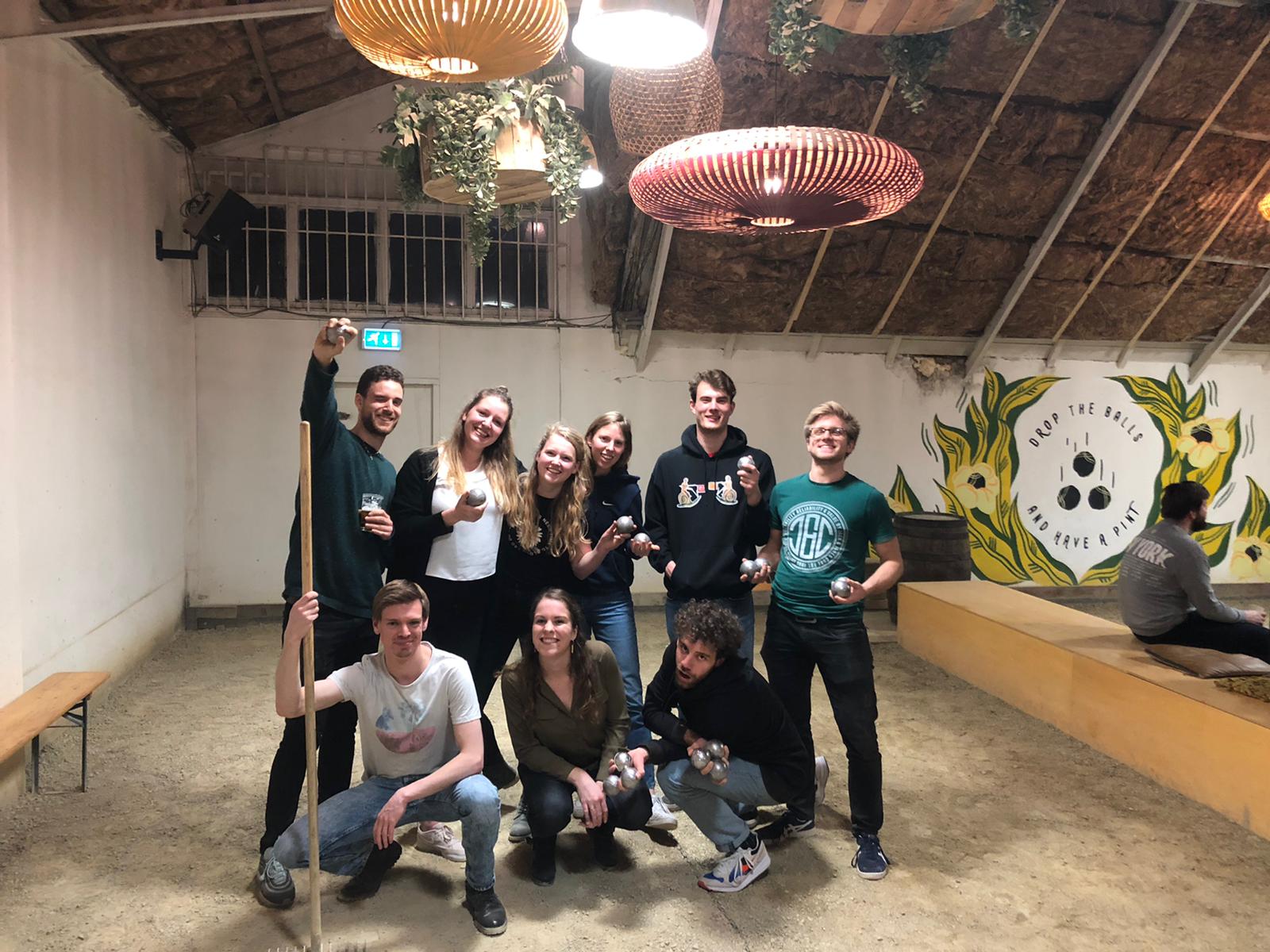 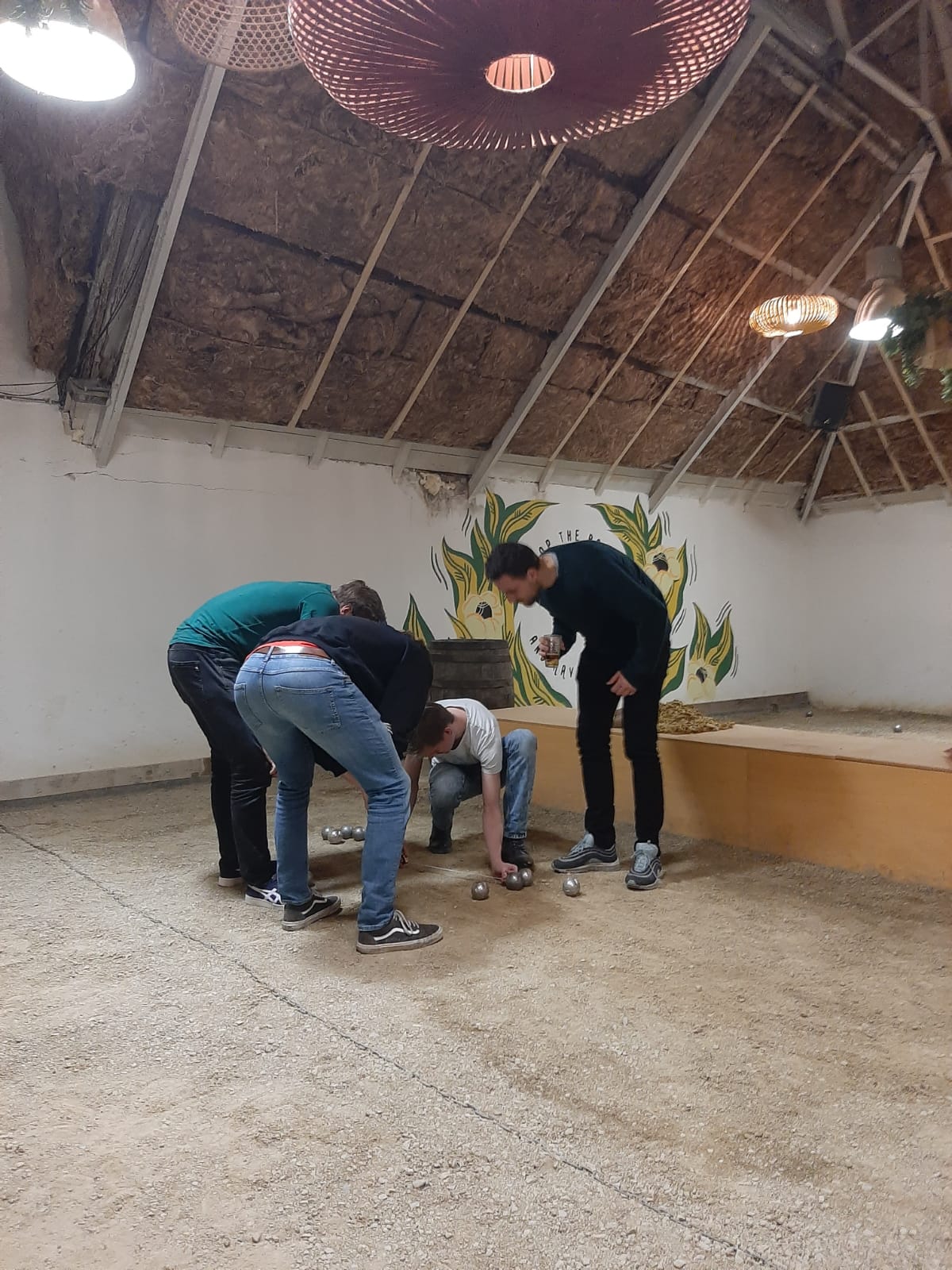 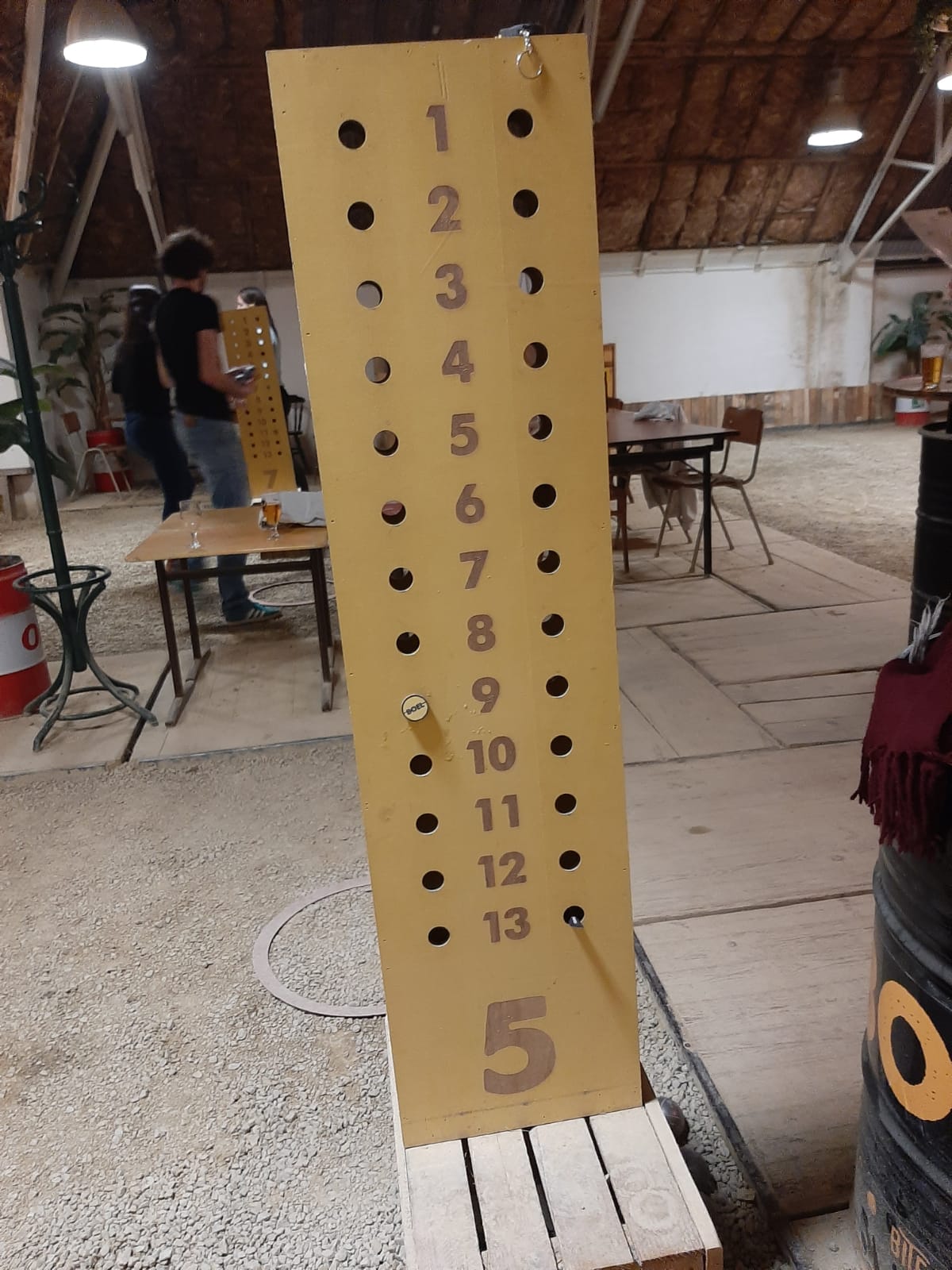