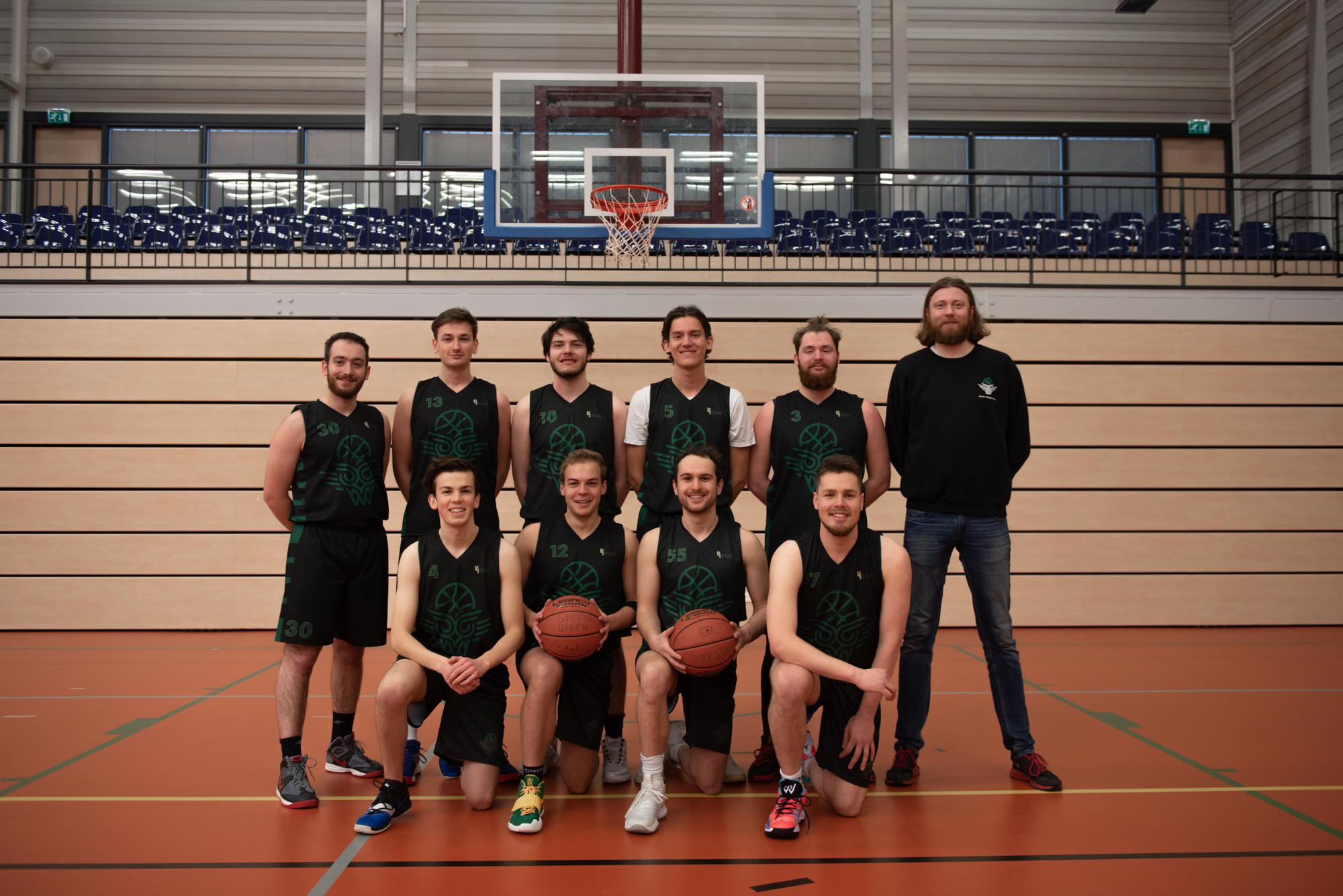 Get to meet Moestasj men's one! And to be honest, this is the best time for an introduction as things are looking up for us with the season probably continuing soon. You see, over the last 1 games, we have won 100% of our games, which indeed is our best winning streak over the last four years. All jokes aside, we are glad to be here and let you all know the chaos that has been underlying this winning streak.

Led by Joost Pantalon and Jorian Enggevaarte as our respective captain and coach, we really are used to chaos, injuries iffy three-pointers and confusion. Let’s get started by introducing the rookies; to bring a bit of structure to this team, we can always rely on Mats’ thriple threat; by combining three charging fouls and a brick heard throughout the WAS in his lay-ups. Structure aside, we always know to get a pass from Kees as he struggles to handle the existential dread of taking a shot, even when he is wide open. Then there’s Len, who is a great fan, of making a turnover and running away as fast as he can. Marti flew over all the way from the vast lands of Catalonia, only to notice that he has ran up the court with the rest of his team lagging behind out of breath, broken and close to throwing up. Paul really knows how to bust through an offense, not only flooring his opponents but his team as well. Last but not least, Jochem is known for his durability, or rather, the durability of his glasses flying over the court when someone makes a risky block.

With regards to our veterans, you know most of us already so let’s go for a lightning round. Joost loves a beer before practice. Hopefully it explains his com Thomas is too busy with his shoe-game and hair to notice he’s wide open. Arno’s second job is motivational speaker, though we’d sometimes rather that not being the case. Teun’s anger issues are the reason why the association needs two damn Confidants. Niek’s three pointers are as solid as the power of welfare in his hometown Epe. Victor really is a victor in the game of catching the most injuries. Rickard’s passes really threaten the safety of our association. This team made Hein reconsider to move back to the TV-TAS islands, with Bram fleeing to Twente to never be found again at an event.

All considered, our mutual chaos and iffy signature moves make the team a unique part of the association. Make sure to check out the chaos when it’s possible again!